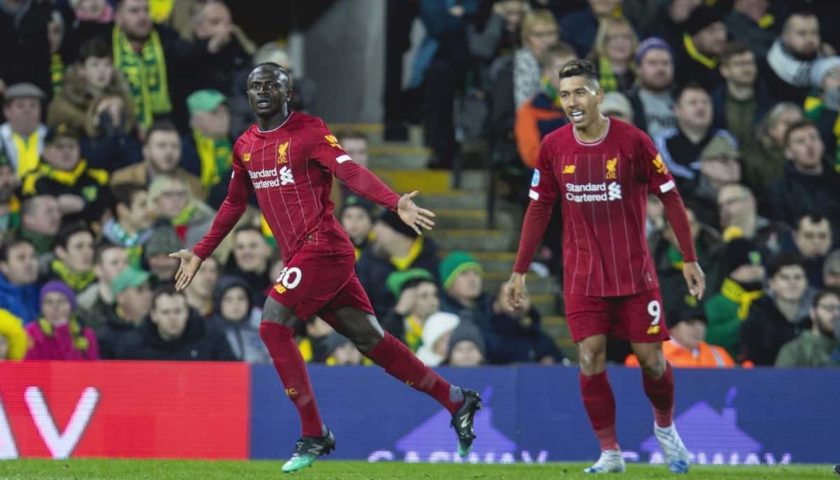 What can anybody say anymore?

Truth is, we are way past ridiculous. Stupendous was dumped unceremoniously on a street corner back around boxing day, with fantastical becoming an afterthought a bit later. We are now at a stage where every game Liverpool plays can in itself be a massive “potential record” breaker. I don’t mean the ones the Reds are going for. Rather, when they finally do drop points, and if it happens before they go on to smash every record available, the number of potential ones not fulfilled would be enormous.

The Canaries today got close. A goalless draw at home would have seen them eliminating a couple dozen of those potentials. The wind conditions were intense, making things more difficult for both teams, and being a cross-pitch wind was particularly devastating to Liverpool, what with its reliance on those long diagonals from its illustrious fullbacks. That all led to a fairly dull game in the first half, which somehow seemed to suit both teams. Norwich, because picking up a point from this game would have been a source of deserved pride; Liverpool, because from their perspective, second halves are where it’s at this season.

Were it not for one Allison Becker, the Canaries could have easily been one up at half time. Watching, in the replay, his diving save to deny Pukki, when he sort of suddenly blinks down at normal speed while everybody and everything else is in slow motion, is a bit eerie. He sure earns his clean sheets, this guy. He may well end up as one of the greatest keepers in the history of world football, now that he has a platform like this Liverpool team to excel on. The only other inspiring moment in that drab first half was a Firmino first-touch off a long pass that was so sublime, it deserved a half goal all on its own. Only a brilliant last ditch effort by Zimmerman kept that ball from ripping through the net.

Speaking of Firmino, he had himself a pretty good game, and created a fair number of magic moments, but they went nowhere. A particularly weak performance from Oxlaide-Chamberlain, and a very inconsistent one from Keita, together did a lot to blunt their team’s momentum whenever it started building. Sadio Mane, coming on around the hour mark, changed all that, and suddenly Liverpool started looking dangerous. The timing was excellent; it was right when opposition teams inevitably start down that path of inner doubt, that minor mental collapse in the face of a Liverpool that never stops pressing high, and always finds a way. The time when they start wondering, “when will it happen?”.

And so it did, with another fabulous long-pass from the skipper finding a determined Mane pulling off another insane ball control trick akin to Bobby’s in the first half, to then cruelly blast the ball past Krul at his near post. The game was over. No way were Norwich going to score. Another time, maybe, but not today. And so, a somewhat anemic 1-0 victory contributes to a slow seismic buildup of epic footballing proportions. Another man of the match award goes to Henderson, who was everywhere all the time, and is surely enjoying the best football of his life. It’s the stuff dreams are made of, for him. For all of us, too.

In search of a better analogy for this Liverpool team, seeing as freight trains appear to share the same problem with superlatives in rapidly becoming obsolete, I found that supertankers need over 2 miles to come to a halt. That’s twice as long as a freight train.

The Liverpool supertanker then.

When that thing shows up off your coast, just hope that the wave it leaves in its wake doesn’t drown you entirely.