I know we all want to move on from the debacle from last weekend but it is also important to know the rules moving forward. Phoebus Lazaridis takes an in depth look behind the rule and how it should be applied.

“IFAB put in place a rule change wherein “it is an offense” if a player gains possession or control of the ball after it touches their arm or hand, and then either scores a goal or creates a goal-scoring opportunity. They qualify, however, that the principle behind the rule is about a player gaining an advantage from hand or arm contact with the ball. 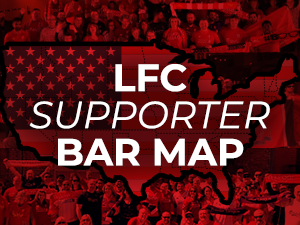 This is reinforced by the fact that IFAB draws a distinction between the established criteria for handball (e.g., arm in an unnatural position) and circumstances that a player can not control. They specify that it’s under those conditions that deflections nonetheless result in a handball infraction.

The Premier League effectively mirrored those rule changes and made them public back in August. The verbiage is not identical, but the intent is clear enough, and the same qualifiers with respect to deflections are included: handball will not be awarded if the ball touches a player’s hand or arm directly from their own head, body or foot.

This brings us full circle back to the principle IFAB state informs their intent with regard to handball: they expect a player to be penalized for handball if a player gains possession of the ball from their hand or arm and gains a major advantage.

With that in mind, Mané’s doesn’t fulfill the criteria for handball with regards to his arm position. The ball clearly ricochets from his thigh to his hand. Most importantly, however, he categorically didn’t get an advantage through his hand contacting the ball. In fact, it causes him to lose control of the ball, which moves laterally across goal and perpendicularly (away) from Mané’s initial run. As a result, Lindelöf is able to get between Mané and the ball. Mané has to run around Lindelöf and is actually deliberately held while doing so (which is a foul, but whatever). 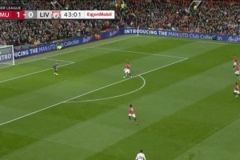 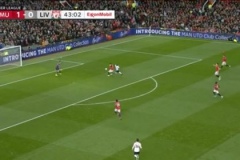 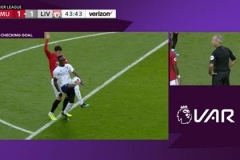 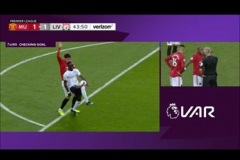 It’s also important to note that Lindelöf and Mané react at the same time for the ball. Mané chooses to play for the ball. Lindelöf it’s not to, and — again — tries to get between Mané and the call, and to hold the forward back with his arm, leaning backward as he does so. I have no idea what he’s thinking other than that he’s trying to buy De Gea space and time to dive for the ball. De Gea, however, is stupidly waving his arm at the linesman instead of… goalkeeping.

Martin Atkinson can be forgiven for not processing most of this, as he didn’t have the vantage point or proximity to view it (except for Lindelöf’s hold, by which point he’s got a clear enough field of vision). The VAR, however, David Coote, must have seen all of this. How he came at the conclusion that Sadio was guilty of handball is beyond me, but it’s not because the Laws of the Game were ill-defined or confusing. In his own way, Coote acted no differently than Atkinson did when he saw Origi get fouled but let play go on with disastrous consequences for us: both referees must have been well aware of what the rules said, but applied criteria not found in them to arrive at a subjective, incorrect decision.”