While many want to write off the Egyptian side as the Mo Salah Show, the team is far from a one-man army. They have the right pieces to advance forward out of this group to at least the Round of 16, and maybe with a little luck, even farther. A strong, physical defense in Hegazi and Gabr, and a presence in the midfield with Elneny, Trézéguet, Sobhi, and Gaber, and capable of glorious counter attacks with Salah.  Worrying though is the exclusion of Ahmed Hassan Kouka from the final 23-man squad, leaving only Marwan Mohsen in the striker position. Egypt will have trouble maintaining their fast-paced style against teams who can sit back and wait, and who have the talent and experience to strike in the right moments.

The Pharaohs have been through quite a lot in the last decade or so after much turmoil and tragedy in their home country. Since they haven’t been in the tournament since 1990, they come to Russia determined and hungry for glory.

Egypt are tasked with coming together as a cohesive unit and utilizing Mo Salah but not relying on him to carry them. They have the makings of a great squad, they just need consistency and fortitude. 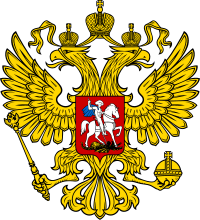 Manager: Stanislav Cherchesov, the third since the 2014 World Cup

Russia automatically qualify because they are hosts. They are the lowest ranked team in the tournament at 70th. And as luck would have it, they drew one of the least daunting groups, at least on the surface. After a lackluster performance at the Confederations Cup last summer where they didn’t advance out of the group, the team can only exceed expectations at this point or continue to flounder. The loss of the Berezutski brothers and Sergei Ignashevich leaves the team with a younger, inexperienced and unreliable back line prone to errors. In addition to their defensive woes, Russia’s attacking players have either failed to perform at the international level or are out of the tournament with unlucky injuries. The 28-year-old center forward Fyodor Smolov, with a tally of 60 goals over the last three seasons for club team Krasnodar, will have to give a stellar performance for his country if Russia have any hope to advance out of the group.

Box to Box midfielder Alan Dzagoev, forward Fyodor Smolov, seasoned 32-year-old keeper Igor Akinfeev (who enters the tournament with over 100 caps), but mostly the rising young talent, Aleksandr Golovin, who can add some defensive quality to the midfield but brings a lot of creativity moving forward. He has a great technical ability and impressive shots from range. He will create problems in the final third.

Russia will likely become the second host who won’t advance out of their group. Unless they can steal a win in their first match against Saudi Arabia, and somehow manage the games against Uruguay and Egypt, they will check the box MEETS EXPECTATIONS and will place third, maybe even fourth in the group. They have the home advantage and maybe a few players with some magic up their sleeves. They’ll need lots and lots of that magic though.

Uruguay are the favorites to win the group. With two solid world class players at the front in Cavani and Suarez, a burgeoning midfield led by Inter’s Vecino and Sampdoria’s Torreira, and a quality defense including Diego Godin, they’re the only team from Group A likely to advance deep into the tournament if they bring their (wait for it) A-Game. They have youth and experience, but is it the perfect medley? With a 40% possession average during qualifying, they may switch up their style depending on their opponents. When Uruguay are ON, they are dangerous. That is the team that could go far in this tournament. But when things don’t quite line up, you get the squad we saw leave the last two Copa Americas in serious disappointment.

The real player to watch is Diego Godin, the stalwart bastion of defense, calm and commanding and strong in the air. He had a great season at Atleti Madrid and will be a problem for the other teams’ attacking players.

The favorite to win the group, Uruguay is a team with all the makings of greatness. If they don’t top the group, it will be because they got in their own way. I expect them to get to the knockouts, and give whoever they face there a run for their money.

The newest in a string of managers, Juan Pizzi brings with him a history of success having led the Chilean squad to win the 2016 Copa America Centenario. He’s had seven months to get things going with the Saudi Arabian squad, who all, unfortunately, play in their home country. That is the biggest concern, the lack of international exposure, as this team tries to advance after being absent from the WC since 2006. Pizzi will have the squad play a high press, with intensity pushing forward. Their test will be keeping possession and managing their opponents in the open spaces they created. Their defensive starters are all over thirty and may have trouble with the attacking pace of some of the other teams in Group A.

Not many would pick them to advance above Egypt or Uruguay. However, Saudi Arabia has a few players capable of getting in behind defenses and causing problems.

Thirty-one-year-old Mohammad Al-Sahlawi was the joint top scorer in Asian qualifying with 16 goals. Fahad Al Muwallad is a 23-year-old with speed,

and holding midfielder Abdullah Otayf has been likened to Luka Modric. Well, we’ll see, won’t we?

There’s so much working against them, and yet a lot of hope for great things. Saudi Arabia has a chance to be the big surprise of the tournament and possibly steal 2nd place should one of the more favored teams in the group implode. As unlikely as it is, stranger things have happened.

Group A seems like a snoozefest, predictable, and host to the two lowest ranking FIFA teams in the tournament. But I think it has the potential to be one of the surprises, featuring teams with lots to prove and all labeled “dark horse” by someone, somewhere, probably. Hopefully it makes for lively games, but even then I believe the teams will take their expected places after the group games end.

WACKY PREDICTION: The real star of the group will be on either Russia or Saudi Arabia, who won’t advance.